E-Cigarettes Come Under Attack; What I Know about the Tobacco Wars

Posted on September 24, 2018 by Debbie Wesslund

His action was called “historic.” I call it about time. I know a bit about the fight to keep tobacco products away from kids. 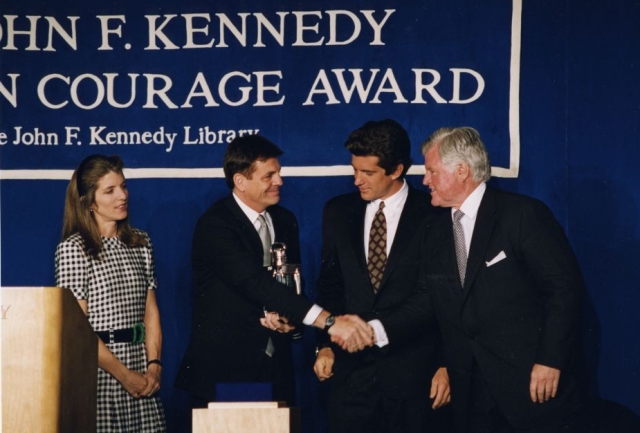 It has not been easy to buck the tobacco industry over the years, but I am sure the shocking increase in teenage use of electronic cigarettes forced this action.

Before e-cigarettes and vaping were even a thing, there was a congressman who took on the tobacco industry.

In the 1980s, he responded when a popular Oklahoma high school athlete, Sean Marsee, died at the age of 19 from mouth cancer. He started dipping snuff when he was 12 years old. The young man didn’t know the product was as harmful as smoking.

Rep. Synar successfully worked for, and won an amendment that called for warnings on smokeless tobacco products. Those warnings are still required today.

He also sponsored legislation to ban the advertising of tobacco products to teens and children. Images of young-looking people and cartoon-like characters such as Joe Camel were prevalent. One of the first press releases I wrote in my new job was about that bill being heard in committee in 1986. The American Medical Association and the American Academy of Pediatrics testified in favor of it.

In 1992, Mike got an amendment approved to the Alcohol, Drug Abuse and Mental Health Administration and Reorganization Act that required states to enact laws to curb the sale of tobacco products to individuals anyone under age 18.

That’s still the law today. The Substance Abuse and Mental Health Services Administration oversees the “Synar Regulation” which prohibits the sale of these products to children 18 and under, requires unannounced inspections of sales outlets, set targets for progress on reducing the violation rate, and requires annual reports.

Those fights had a political cost. The tobacco industry spent a lot of money to beat Mike, and in 1994, they, along with a few other adversaries like the gun industry, combined to beat him.

In 1995, he was awarded a Profile in Courage award from the John F. Kennedy Library.

Now, a new fight is at hand, and people are expressing shock at the growth of e-cigarette availability and use. According to the Centers for Disease Control, as of 2017, e-cigarette use outpaced tobacco use among teens. The National Institute of Drug Abuse, reports that overall, electronic cigarettes are now the most commonly used form of tobacco in the United States.

The tobacco industry has been a stubborn foe. Just a year ago, a couple of members of Congress tried to get a provision into a spending bill to exempt some vaping products from the FDA approval process. They lost.

This month’s FDA announcement comes a few months after seven health and medical groups filed a lawsuit challenging an FDA action that “allows electronic cigarettes and cigars – including candy-flavored products that appeal to kids – to stay on the market for years without being reviewed by the agency.”

After the FDA Commissioner announced the crackdown this month, the head of one of the groups that filed the lawsuit, Matt Myers of the Campaign for Tobacco-Free Kids, said, “The FDA must match these strong statements with equally strong action.”

I remember Matt Myers. He was in our office a lot. He has been at this a long time. It takes great perseverance to stay vigilant and refight these familiar battles.

There were many news reports on the FDA Commissioner’s strong words calling for action on e-cigarettes. But, a statement is one thing. Real action – over time – is another. We should be much farther down the road on the issue of tobacco and nicotine, no matter the delivery device.

This year The New York Times published a story about the “vaping explosion” and how schools are struggling to respond.

We’ll need more courageous public officials willing to fight when millions of dollars can be spent against you for standing up to special interests.  The vaping industry has threatened payback for those who oppose them.

Mike Synar stood up for 16 years and was among the leaders of this fight.  His work to keep tobacco from kids is still paying off.

Unfortunately, Mike lost his biggest battle in 1996 when he died at the age of 45 from a devastatingly fast growing brain tumor – glioblastoma – just like Sen. Ted Kennedy did a few years later, and Sen. John McCain just a few weeks ago.

When you stand up for what’s right, your work lives on.

For more information, go to tobaccofreekids.org.

I served on the Jefferson County Board of Education, Louisville, KY, from 2007-2014 and continue to be an advocate for public schools. There’s a high-level dialogue about public education that swings from positive to negative, with many who seek the spotlight voicing an inaccurate picture of our public schools. Words matter. They get lodged in our public perceptions, creating a narrative that doesn’t reflect the real story. There’s so much more to public education, and much worth applauding in Kentucky and across the country. The stakes are high: public education is the most serious public business we are about as a community, a state and a nation. We must continually renew our resolve to support public education. There’s always more promise in building something up, than in tearing it down.
View all posts by Debbie Wesslund →
This entry was posted in Uncategorized. Bookmark the permalink.

Explorations into writing, civility, and making a difference